Much changes for all of us in the aftermath of great sporting deeds. They have a long, lovely tail. You float along happily in their wake, wanting to stare from all angles all over again.

You don’t really want to move on because it was all so good that everything else seems a little tame in comparison.

You got the sense from Ben Stokes, in the giddy hours after his extraordinary solo rescue mission at Headingley on Sunday afternoon, that he hasn’t quite realised how much has changed for him. 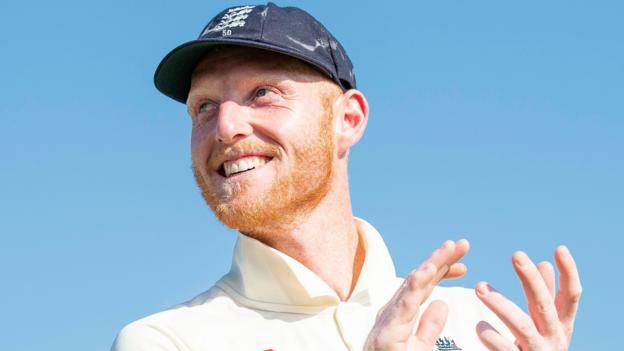 When sportsmen and women pull off superhero displays like that, it no longer matters in some ways what they do next. They’ve cracked it. They have defined a day that those in the nation intoxicated by sport can never forget.

Nothing can take it away. Maybe Edna Mode can design him a new costume. The rest of it is already sewn up.

Ian Botham after Headingley ’81, Jessica Ennis-Hill after Super Saturday at London 2012, Andy Murray after that baking July day at Wimbledon in 2013.

All three would go on to further triumphs – Botham in Ashes series home and away, Ennis-Hill winning back her world title after time out for the birth of her first child, Murray winning a second Wimbledon singles title at a dreamy canter three years on.

Each was wonderful but the summit had already been scaled, just as whatever Stokes may do after this summer could surely only buttress what he has built rather than top it.

For those who were in the ground on Sunday it will be the same. Any late-night anecdotes about sporting occasions experienced will always have to begin with one particular ‘I was there’.

Richie Benaud famously described one of Botham’s mighty sixes 38 years ago as going straight into the confectionery stall and out again. Stokes’ reverse-sweep six into the Western Terrace went straight into the sweet spot too.

To be in the ground was to be part of a collective agony and ecstasy that no-one present will leave behind. To be following on radio, TV or phone was to abandon anything else that was meant to be happening, unless of course you took the logical step of walking away with 73 still requir

ed and Jack Leach walking in.

Just as there are Manchester United fans who left the Nou Camp in 1999 before Sheringham and Solskjaer ripped up the night and Manchester City supporters who fled Wembley before Horlock and Dickov intervened that same mad May, so there are England cricket fans who knew nothing of Stokes’ heroics until well after they were complete.

Car journeys where the radio channel had been angrily changed. Dogs already walked taken out for another. Phones lobbed on to the sofa and TVs switched over to the football.

These memories are as much a part of the communal experience because they underline the impossibility of it all. The frozen moments of hope and fear as another six skimmed the outstretched hands of Aussie fielders, the shared horror of the run-out that never was and the lbw that should have been.

Through it all was the disbelief. A man at one end who had scored two runs from his first 50 balls hitting 74 off his last 45. The control of nerves and situation, the mad acceleration of a man gone from patiently putting in place the corner pieces of a jigsaw to suddenly bulldozing the house.

A man at the other who was not only wearing glasses but had to keep polishing the condensation from them, who has a batting average in the County Championship this season of a couple of decimal points above four.

Disbelief everywhere but at that striker’s end. The stubbornness of refusing to accept it was all over. The pure determination: this is my match, not yours.

Stokes is at that rare point where he has the ability to create accidental sweet magic in little improbable moments – the two that became a six in the last over of the World Cup final, the ramp shot off a flat-out fast bowler that sailed for another six in the dying moments on Sunday.

It shouldn’t be possible but with Stokes it can be. It’s why there are those comparisons with Botham and with Don Bradman at the same ground as he and Arthur Morris chased down 404 in 1948.

Which was better? You risk taking the lustre off any of them by finding any faults. When Botham came to the crease in 1981 England were five down and still 122 runs away from avoiding an innings defeat. Bradman and Morris stuck on 301 as part of the biggest run-chase in Test history. 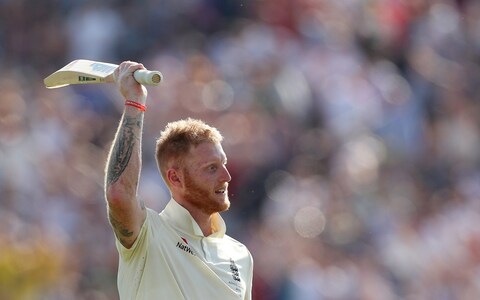