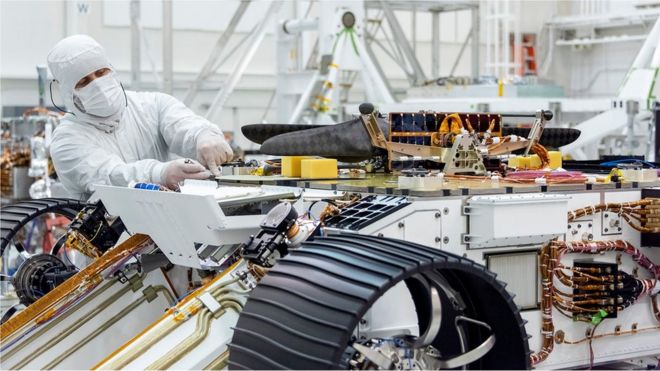 Engineers preparing the next American Mars rover have installed one of its most exciting experiments – a chopper.

The mini-helicopter is regarded as a bonus on the 2020 mission.

It will be the first such aircraft deployed on another world. If it works, it’ll be amazing, but if it doesn’t it won’t detract from the overall goals.

The US space agency’s (Nasa) next Mars rover is a near-copy of the one-tonne Curiosity vehicle that has operated successfully in Gale Crater since 2012.

The new mission will be aimed at a different target – a 50km-wide depression called Jezero Crater.

Engineers are nearing the end of the rover’s assembly at Nasa’s Jet Propulsion Laboratory in California.

Self-healing material could be a breakthrough for humanoid robots